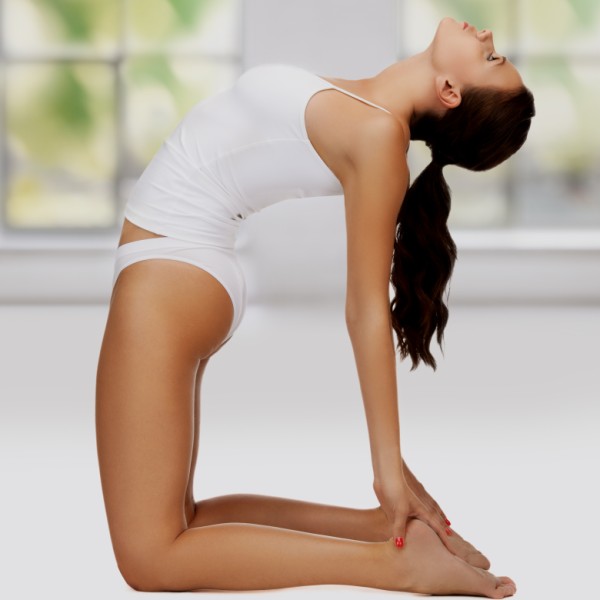 The first references to yogic principles have been proven to date back as far as the 2nd century B.C. while the oral traditions of Yoga concepts and poses most likely preceded the 2nd century by a couple of thousand additional years, although the precise date of origin is difficult to specifically pinpoint.

Many forms of Yoga are designed to stretch, elongate, and relax the soft tissue of the body. In other words, the various muscles, ligaments, and tendons of the body.

If you suffer from chronic back pain, you’ve probably tried everything from prescription medications, expensive massage, chiropractic services, to a variety of exercise types in search of relief. However, if you have not given Yoga a try, it is well worth considering as, under many circumstances and situations, Yoga is ideal for relaxing, strengthening, and calming a sore back.

Regularly Practicing Yoga is Ideal for Chronic Back Pain

Fortunately, a new scientific study has revealed one more trick that could offer a solution to your problems: yoga for chronic back pain. This is great news for those who wish to relieve their back pain without spending a fortune on equipment and personal training, all while getting some invaluable exercise.

Three Months of Yoga for Back Pain Relief

A total of 313 adults participated in the U.K.-based study. All of the participants suffered from nonspecific chronic back pain, which is defined as continual, ongoing back pain that has no identified physical cause.

Some of the participants were placed in a control group in which they received a “typical course of care,” which essentially boiled down to a standard informative booklet describing typical treatments for back pain. The other participants were given three months of once-a-week yoga classes along with the same booklets.

After three months, the individuals that participated in yoga reported significantly less back pain than the individuals that followed the standard instructional booklet. A full year later, the results were the same, with those who had participated in yoga reporting lower pain levels, increased mobility and an improved ability to perform routine daily tasks.

The study was conducted by the University of York, and the results were published yesterday in the medical journal Annals of Internal Medicine. A similar study was recently conducted in the United States with similar results.

30% More Activities and a Decrease in Pain

156 of the 313 adult participants in the study were assigned to yoga for chronic back pain classes. A total of 20 different instructors specially trained to administer yoga as a treatment for back pain led the classes, which lasted for 75 minutes each week. The participants also received practice sheets that they could use at home to continue the exercises.

Researcher David Torgerson said that the yoga classes were administered at the “beginner” level and specifically designed to be gentle, so as not to exacerbate any existing back pain. The classes linked together several different yoga poses designed to increase mobility and relieve pain.

Participants were asked to complete questionnaires regarding their daily activity and pain levels 3 months, 6 months and 12 months after the study began. After just three months, the yoga participants reported doing 30% more activities and experiencing lower pain levels in comparison to those who only received a booklet. After 12 months, 60% of those in the yoga group were continuing to perform yoga sessions on their own.

Torgerson said that yoga for chronic back pain is a wonderful treatment because it’s easy to perform at home and inexpensive, requiring nothing more than a yoga mat and knowledge of the appropriate moves. Instead of going through the hassle of scheduling an office visit and paying the associated expenses every time a flare-up occurs, chronic back pain sufferers can simply unroll their yoga mats and exercise on their own time to relieve pain.

Yoga combines the principles of strengthening, relaxing and stretching in order to tone the body, balance and calm the mind, improve flexibility, increase the range of motion and lengthen the muscles, ligaments and tendons, all of which may contribute to back pain relief. However, another recent study indicates that stretching alone may provide significant relief as well.

The study was conducted by Seattle’s Group Health Research Institute. Lead researcher Karen Sherman assigned 228 adults to three groups: one with yoga classes, one with instructional booklets, and one with stretching exercises. Subjects who participated in either yoga or stretching reported lower pain levels than those who simply followed the instructional booklet.

If you’re experiencing chronic back pain, call your local gym, fitness center or yoga center to inquire about the yoga classes they offer. Remember, not all yoga classes are the same.

Some are more intense and focused on strength training, while others focus on relaxing the mind, while still others focus on gentle physical therapy. As a chronic back pain sufferer, you should seek yoga classes that fall into the latter category.