6 Foods to Boost Your Brain 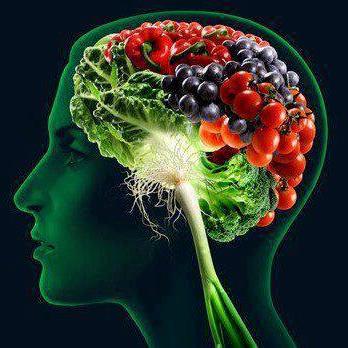 When creating a dietary regimen, many fitness seekers only pay attention to their physical health while ignoring the mental component of their overall well-being. Sound health cannot be achieved without a high quality balance of both physical and mental fitness, and recent scientific findings prove that better mental health can be achieved in part by paying attention to the foods for brain health you consume.

According to leading dietitians, foods with compounds including omega-3 fatty acids and antioxidants can contribute to memory and overall brain health. Contrary to the beliefs of some, fish is far from the only food that gives a boost to your brain, although some types of fish can certainly be classified as “brain food.” Here are six healthy foods for brain health that will help to keep your brain as fit as your body:

Foods that Boost Your Brain Function and Mental Capability

Fans of older cartoons will remember Popeye the Sailor telling them to eat their spinach, and our current scientific understanding of the leafy vegetable indicates that he had a good point. Spinach contains high quantities of both vitamin E and C, which boost cognitive abilities according to recent studies.

A study conducted by Brain Research, a medical journal, in 2000 indicated that feeding spinach to rats could reverse some of their motor deficits and memory loss. Another study conducted by the Journals of Gerontology in that same year indicated that vitamin E application to rats resulted in a 900% increase in nerve and brain tissue over a period of eight months. The rats also experienced increased dopamine levels. Dopamine is a natural chemical found in the brain that is used to control the flow of information.

Good news for morning caffeine junkies: in addition to keeping you awake during an early morning, tea and coffee can improve your cognitive function and help to prevent Alzheimer’s disease.

According to a study conducted by the Journal of Nutrition, Health and Aging in 2010, tea drinkers had better test scores in areas such as information processing and memory as compared to those who didn’t drink tea. The study comprised 716 adults above the age of 55.

Another 2010 study conducted on mice showed that coffee (regular, not decaf) could slow down the progression of Alzheimer’s disease or prevent its onset altogether. Pending additional research, scientists are hopeful that coffee could eventually be used as a therapy device for those with Alzheimer’s.

Fish is another food that can help to prevent Alzheimer’s disease, according to a study found in the medical journal Neurology in 2010. Scientists believe that this is due to fact that fish includes vitamin B12. Mackerel, herring, salmon, tuna, cod, sardines, trout and bluefish all have high concentrations of B12, while octopus, caviar, mussels, oysters and clams have even more. In fact, clams may be the richest food source of vitamin B12 currently known.

Fish is also extremely rich in omega-3 fatty acids, which can battle the cognitive losses that are normally a component of aging. According to a study published in Archives of Neurology in 2005, people above the age of 65 who eat fish twice a week experienced a reduction in cognitive decline by 13%. Even eating fish only once per week resulted in a 10% benefit.

A number of studies indicate that consuming berries such as blueberries, blackberries and raspberries is an excellent way to boost the power of your memory. A 2010 study in the Journal of Agricultural and Food Chemistry indicated that 9 adults with slight memory loss exhibited improved recall and learning abilities following 12 weeks of daily blueberry juice supplementation. As a bonus, the blueberry juice seemed to reduce the signs of depression in those who regularly consumed it.

In 2009, the Journal of Nutrition published a study indicating that strawberries, blueberries other berries with high antioxidant levels could reduce the stress level of cells, subsequently prolonging the aging process. These berries also increased the brain’s signaling capabilities. Another study performed on rats indicated that berry consumption led to improved memory and spatial skills over the course of nine months.

It’s fairly well known that carrots provide vital nutrients for your eyes, and new research is showing that they could be just as healthy for your brain. Carrots get their health-friendly reputation thanks to the inclusion of luteolin, a compound known to reduce inflammation in the brain in addition to memory deficits that worsen as you age. A 2010 study in Nutrition indicated that older mice that consumed a luteolin supplement had their memory restored to the same level as when they were younger.

Raw carrots, cooked carrots and vegetable/fruit juice blends are a great way to get your daily dose of luteolin, and celery, peppers and olive oil are rich in the compound as well.

Snack lovers already know that mixed nuts are an excellent source of protein, but new studies are showing that walnuts in particular go well beyond the status quo. A study published in 2009 in the Journal of Nutrition indicated that the regular consumption of walnuts could reverse the signs of aging in the brain, such as the slowed processing of information. Another study published one year later and announced at the International Conference on Alzheimer’s Disease showed that walnuts could improve motor coordination, memory and learning in Alzheimer’s patients.

The benefits of walnuts could be traced to their high antioxidant levels, which can help to fight free radicals responsible for damaging the DNA of brain cells. As a bonus, walnuts are filling and represent an ideal afternoon treat that’s far healthier than a candy bar or other processed snacks.

Eating foods such as carrots, walnuts, berries, fish, coffee, tea, spinach and fish provides valuable nutrition for your brain. By incorporating all of these foods into your dietary regimen on a regular basis, you can increase your cognitive abilities, prevent Alzheimer’s disease, improve your memory and reverse many other negative effects that aging imposes on the brain.

One Response to 6 Foods to Boost Your Brain